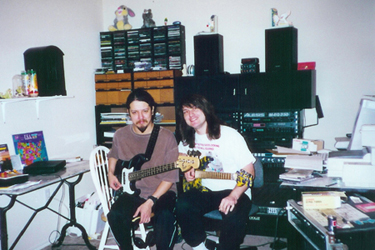 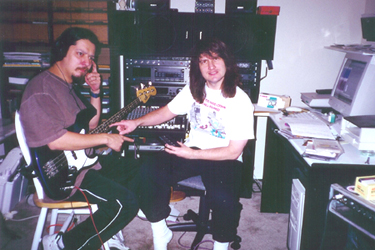 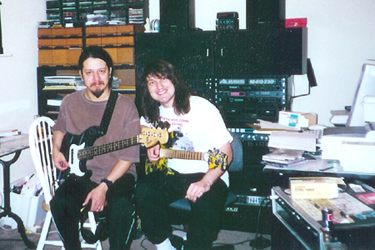 Me and my good buddy Pete working parts out, then recording... 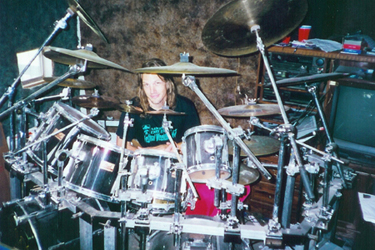 "Yeah, I just got this techy Ink stuff recorded, now I'm up for a
year and a half of touring with the metal God himself..." 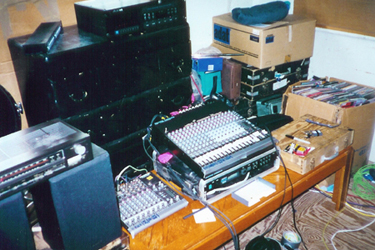 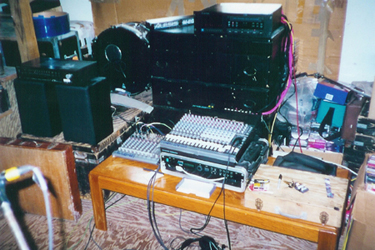 This is the setup that we used for getting Bobby's drums on tape.
An Alesis ADAT, a 16 channel Mackie mixer, and an 8 channel mixer.

Jason working out the timing on some vocal lines, then wailing away... 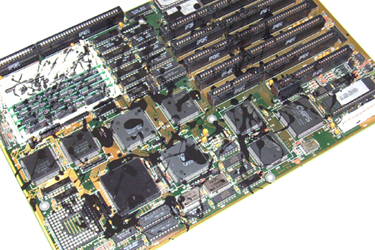 This is the hard drive arm and motherboard that I used for the CD graphics.
The hard drive worked fine before I torn it apart. The motherboard was from
my old Pentium II system. It was working, but probably doesn't anymore
since I ink blotted it. 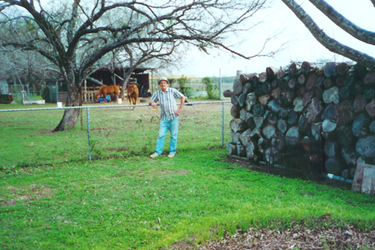 Fabian Jarzombek, the owner and manager of Fabian Studios,
where we tracked Bobby's drums.